The aSymmetry Project was a community art project that aimed to merge the worlds of art and skateboarding. Artists of diverse backgrounds and styles came together to create works of art with skateboard decks as their canvas. The skateboards made from these were then taken to the streets by skaters who infused their own personality and aesthetic in every scratch, scrape and notch; the culmination of which, the public exhibition of these decks as living works of art in various independent galleries around the city.

At Bare Advertising & Communications, I was given the role of creating an identity and front-end digital concept for the project. I engaged with Dan Manchee, one of partners behind The aSymmetry Project, and worked with our front-end developer in designing the website with the main goal of promoting the message and ideas of aSymmetry.

The logo features a glyph that is a playful, visual pun on the project's name: it is neither symmetrical nor random. It has been designed as a monogram that reads "AS", the first two letters from aSymmetry Project, with letter forms derived from the shape of a skateboard deck. The monogram appears easily replicated by hand, albeit not arbitrary in execution, evoking a sense of movement, and the artistic process behind each skateboard deck.

The core look and feel of the brand is an expressive and intentional sense of chaos that directs how each element is to be displayed. In order to connote a sense of individuality among a diverse group of participants, there were no rigid rules with regard to the sort of photos or images that could be submitted. A mix of imagery—ranging from action shots, to black and white photography—display the diversity of visual expression among the project's participants. This approach provided a level of flexibility that was crucial in crafting a visual language that could showcase the variety of styles and personalities within the aSymmetry Project. 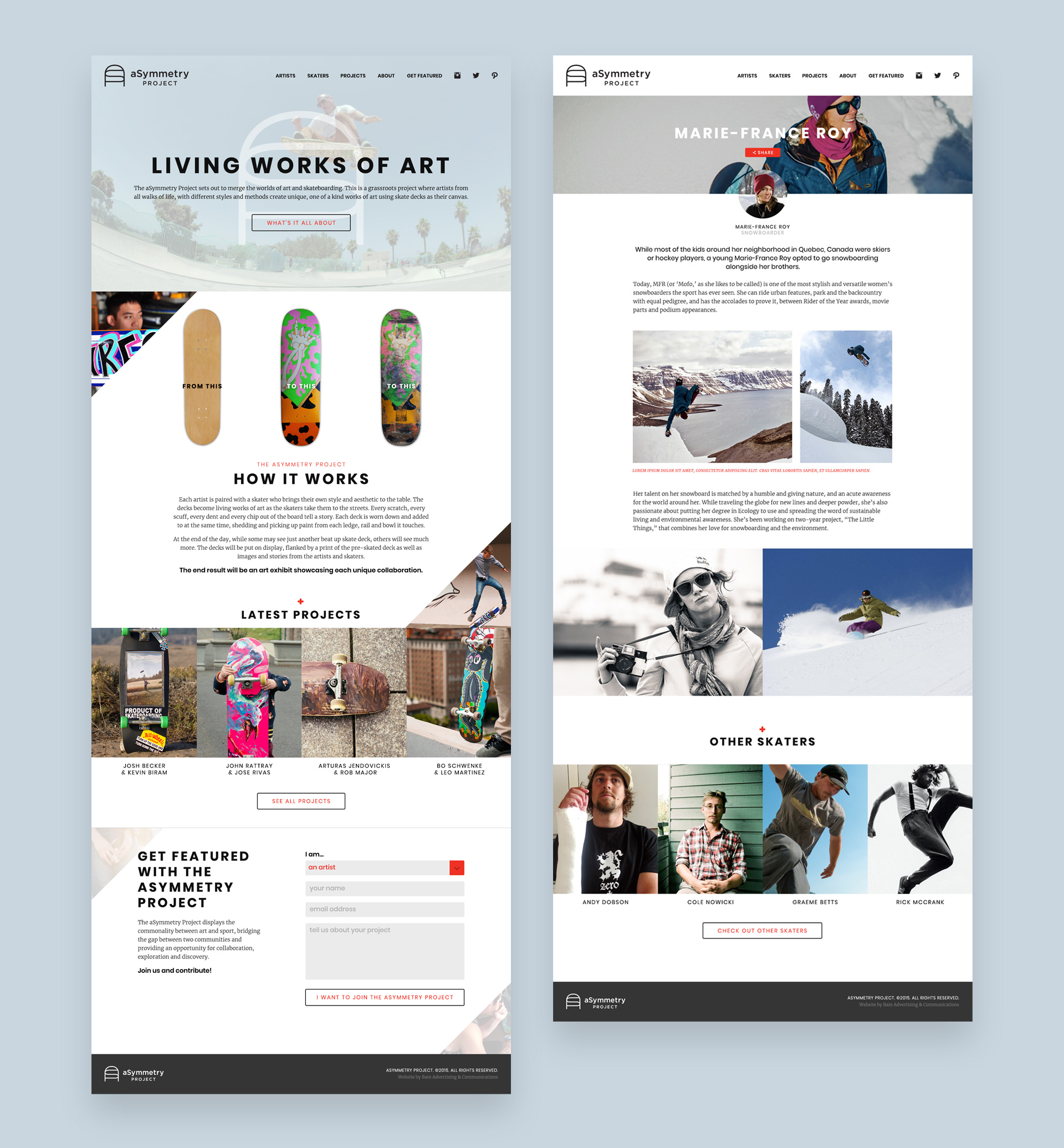 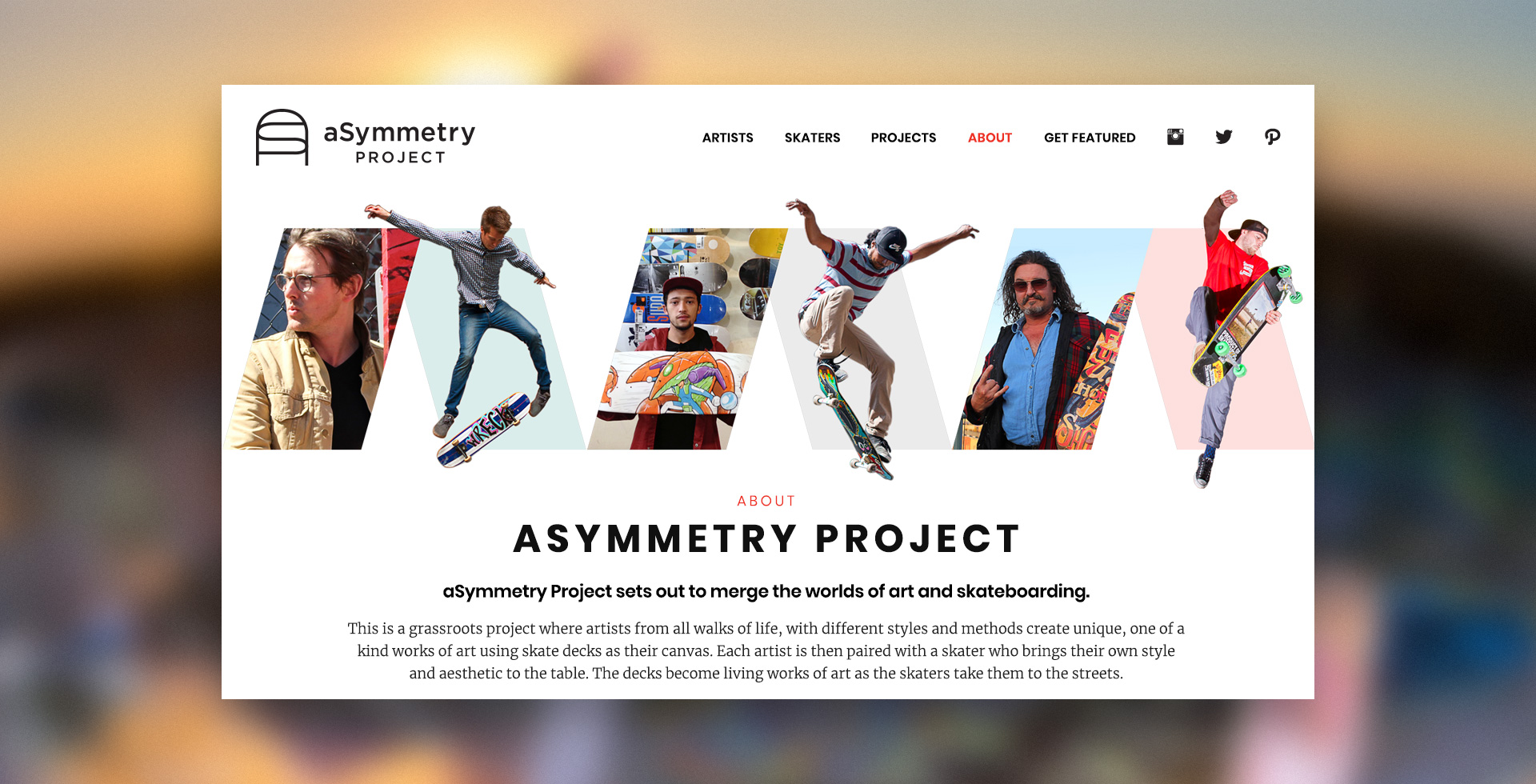 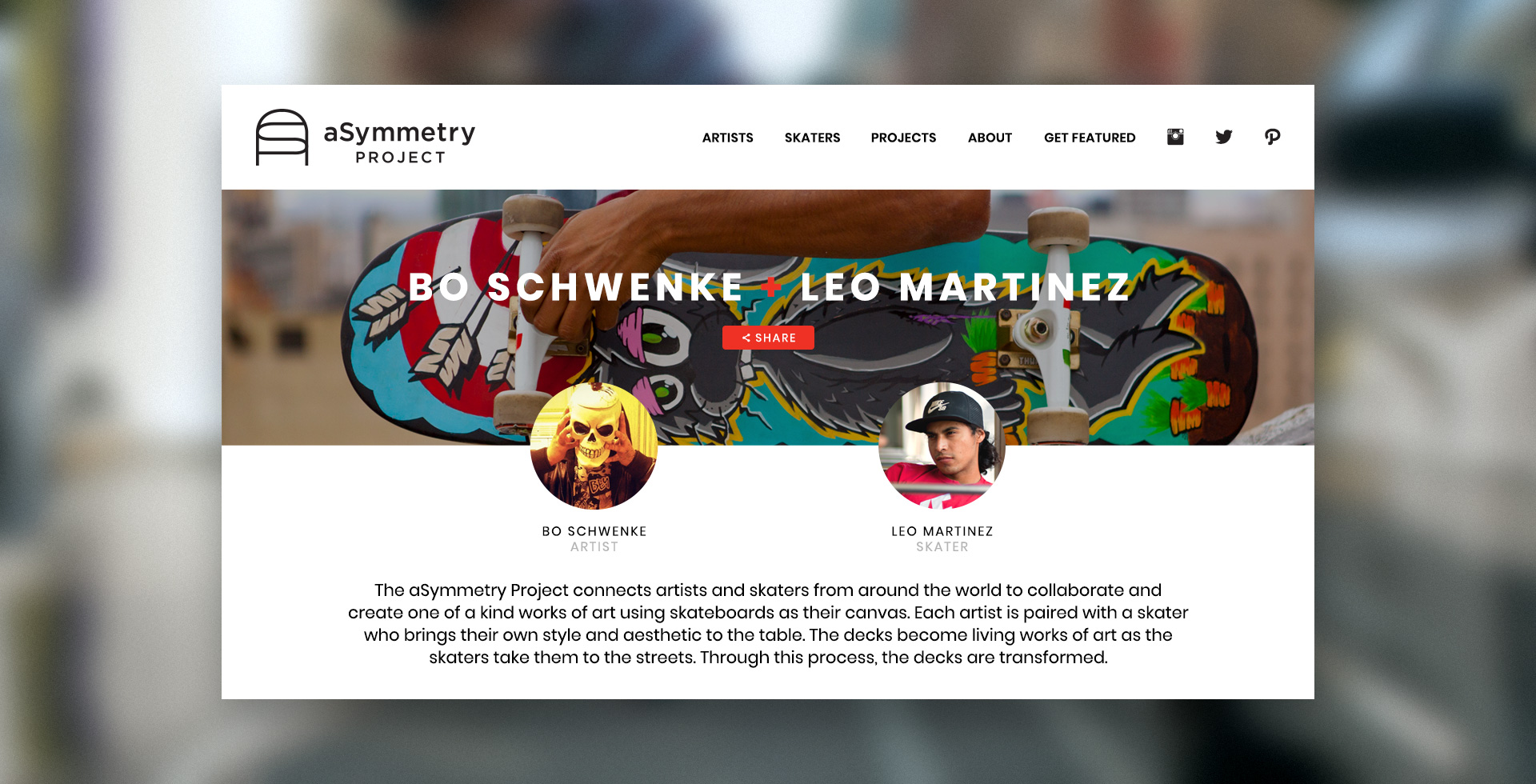 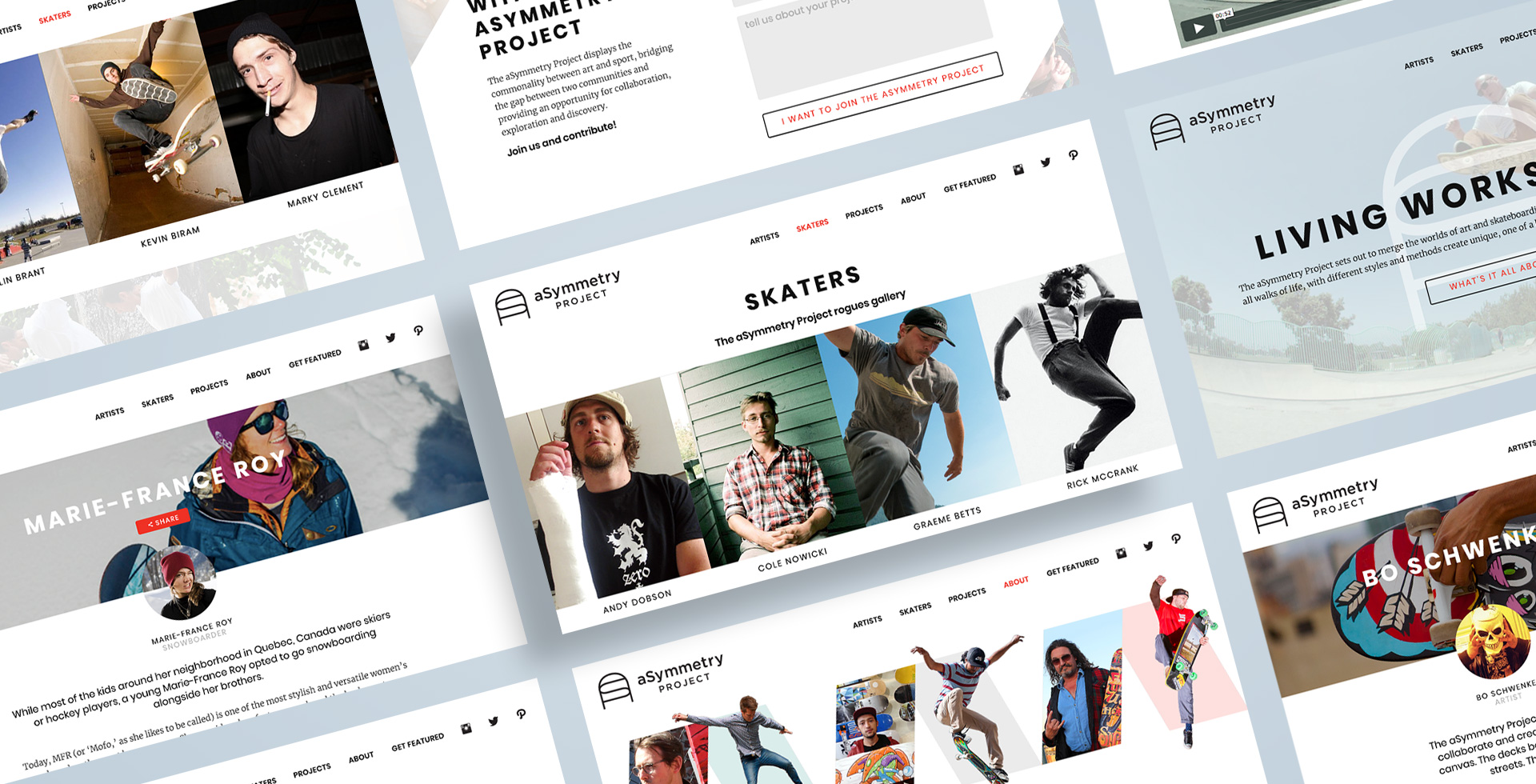 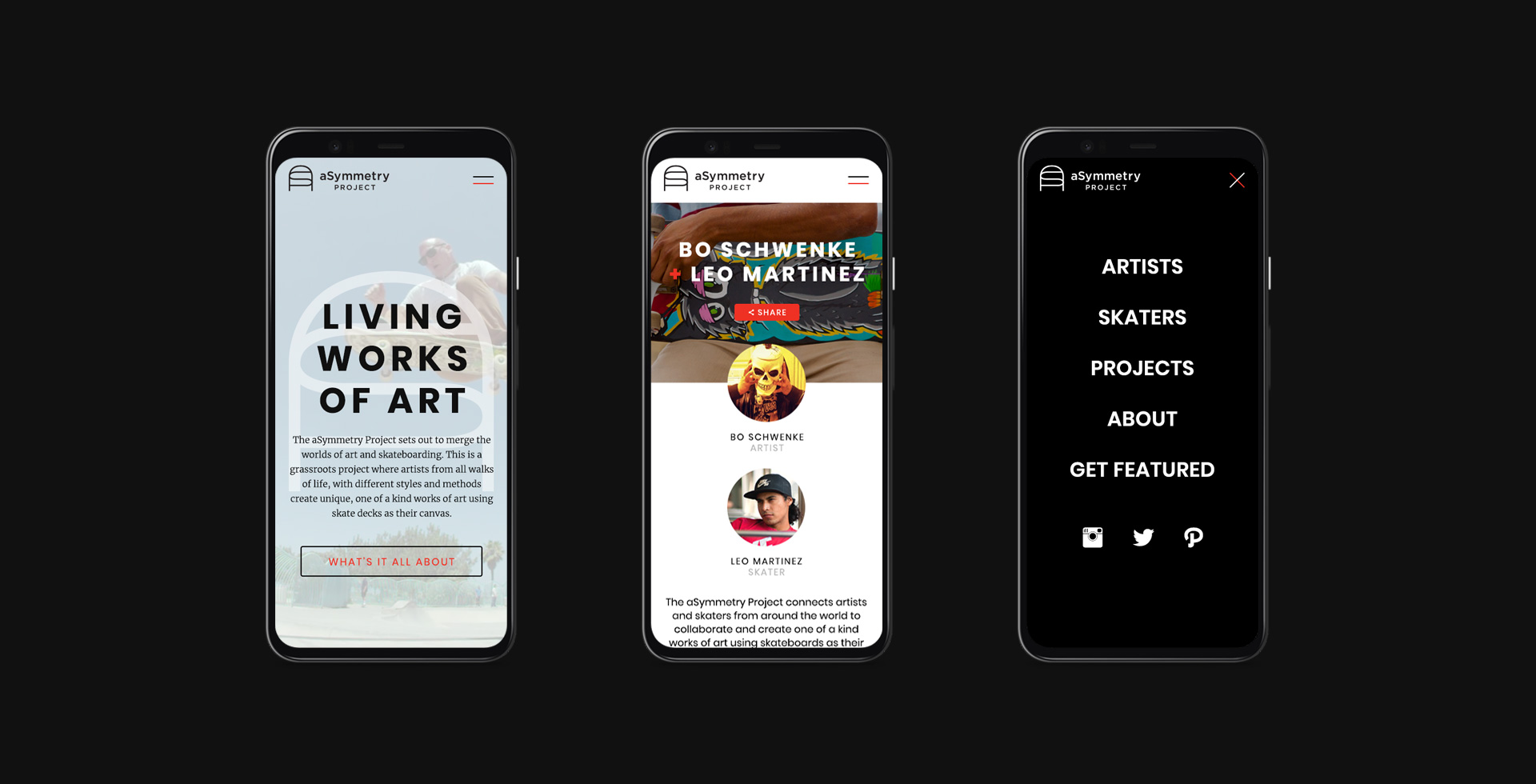 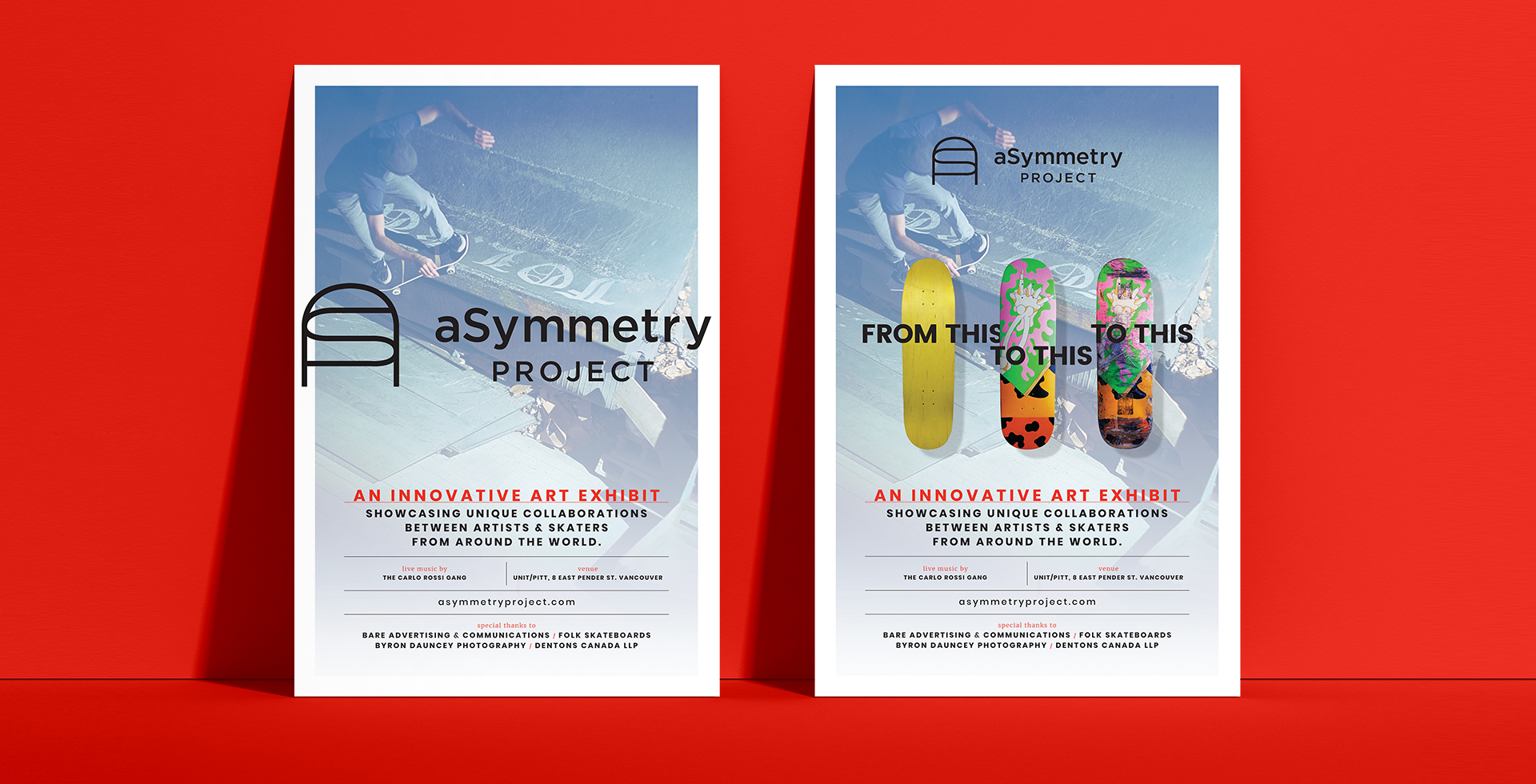